The store will not work correctly in the case when cookies are disabled.

Almost sixty years ago, local teachers and gas station workers in Nilsiä struck together, and in 1967, the AKK motorsports club Nilsiä Motorsport Club was born. The motorsport business, which started with car orienteering and ice rink riding, is a decade-long voyage that covers the many different genres of motorsports, from rally to go-karting.

The challenge for Nilsiä has been the increasing average age of the members. In order to be able to re-nurture motorsport traditions in Nilsiä, efforts had to be made to recruit a new generation of motorsports.

Finding tools for generational change was under the stone, so at the AKK's federal meeting in Seinäjoki, Nilsiä's actives got to know digital motorsport. AKK recently published the Flying Finn DigiRigi project, which is a club development project. The aim of the project is to make motorsport easily accessible and close to enthusiasts, to grow and find new talents that support the sustainable development of the sport. Nilsiä Motorsport Club found the right tool and got involved in the project on a fast schedule. 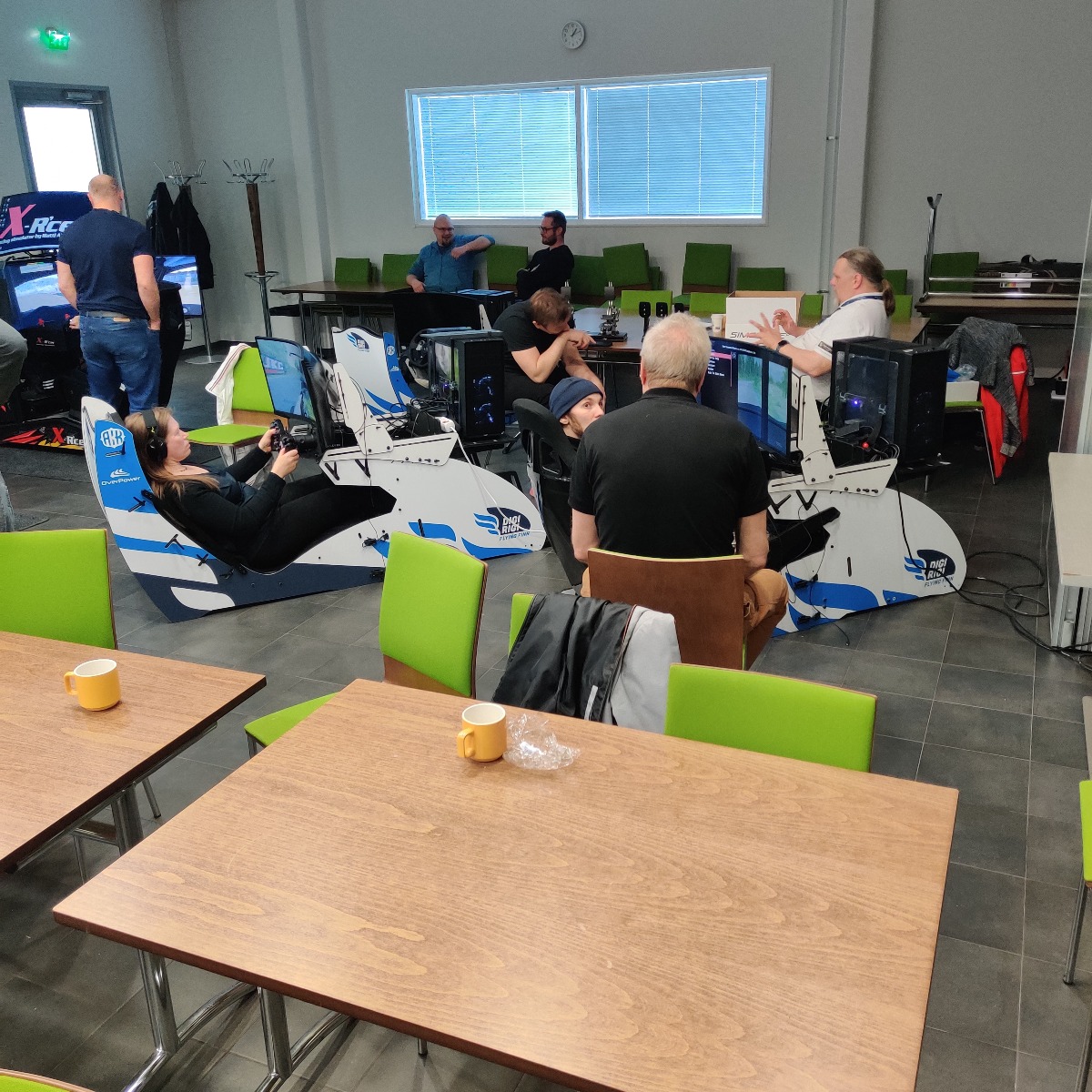 Nilsiä UA acquired three Flying Finn DigiRigs for its premises - an OP Child simulator for children, an OP Rally for the mature rally and rallycross drivers, and an OP Racer for young people and adults who are enthusiastic about road racing. None of the club operators had any previous experience of digital motorsport, so during the deliveries of the simulators, the people of Nilsiä received training in the use of driving simulators.

With the help of training and active user support, Nilsiä is developing into a club of experts in digital motorsport. Nilsiä has gained their know-how in the gaming world through experience, as well as instructions from Overpower. The club is also under Overpower’s active product support, meaning questions are answered quickly and Nilsiä is supported in the use of driving simulators whenever the need arises.

Saku Parviainen, Secretary of Nilsiä Motorsport Club: “It has been great to work with Overpower. We went into digital motorsport with zero experience, but OP has always helped us quickly when we needed support. Now it's starting to be a good base for sharing the joy of motorsport! ” Saku states. "I recommend the Flying Finn DigiRig-like projects to all motorsport clubs and Overpower to other users as well. This will be a big international phenomenon and a good medicine for the growth of motorsports."

Today, Nilsiä offers driving shifts for all guests and its members, which gives anyone from Nilsiä and the surrounding area the opportunity to try and drive at club's DigiRigs, even on a daily basis. Nilsiä has also started a traditional rally between members, e.g. in the rally, meaning that club members can go and run their own race at a time that suits them, the times are taken up and finally it is seen who was the fastest!

As a new dimension, Nilsiä supports young people and youth work by offering local young people evening work using simulators. The young people who will be selected will run the club's simulator activities, and at the same time will be able to enjoy digital motorsport in all its forms. 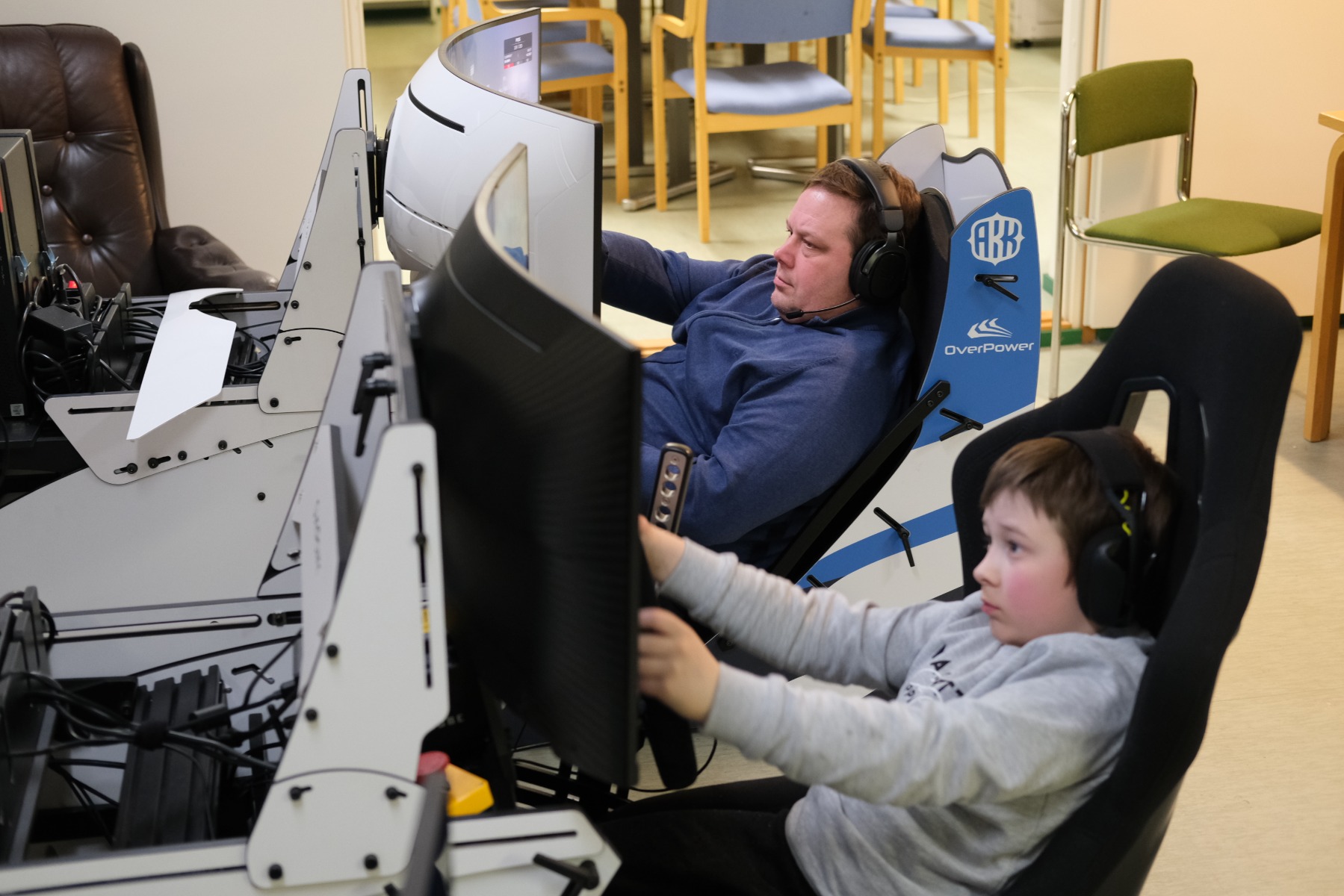