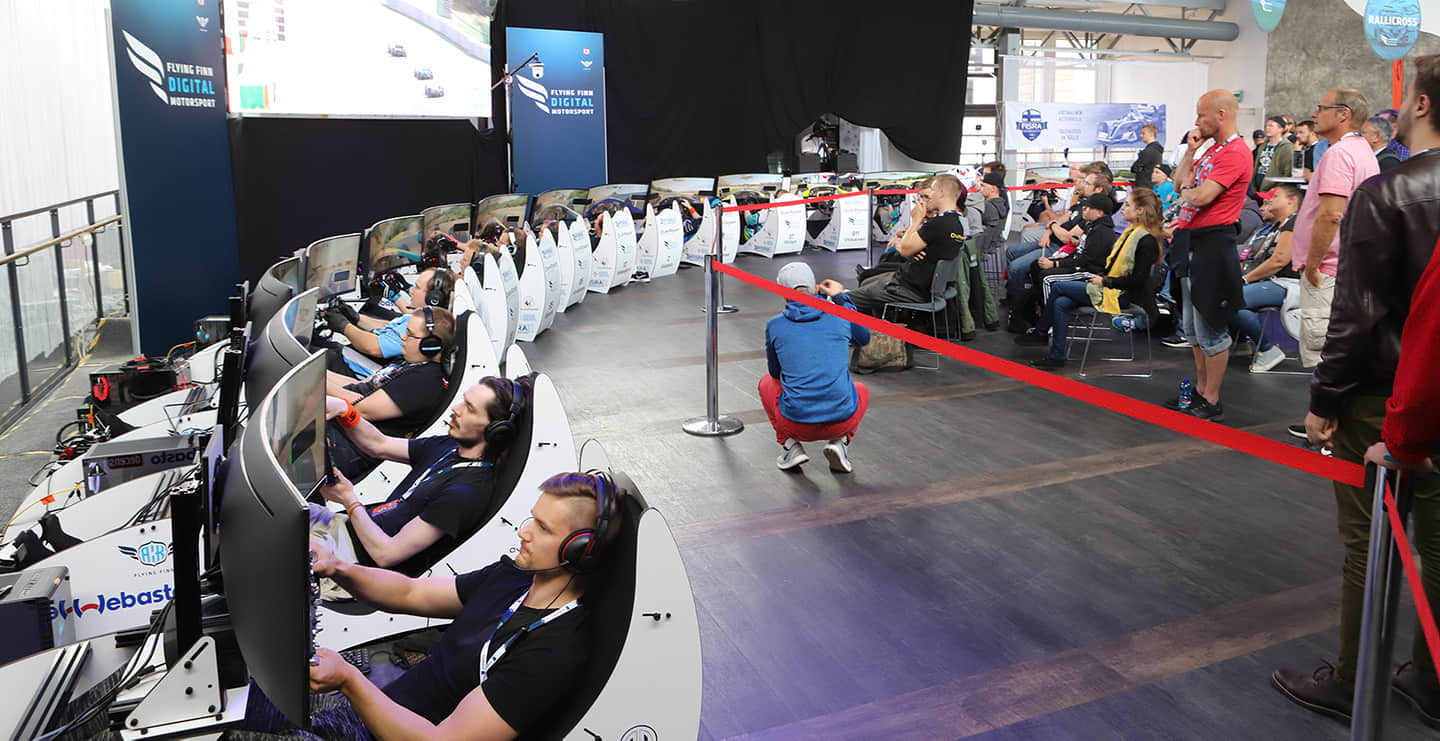 Sim racing eSM is a Finnish sim racing championship series which has been organized annually since 2015. Every year, Finnish Sim Racing Association ry (FiSRA) gathers the best national sim racers for an online qualifier series and the top 19 drivers continues to the annual final held offline together with the previous year's champion.

In 2019 the finals were arranged in Jyväskylä, in the Finnish WRC race called Neste Rally. Together with the Finnish Motorsport Federation (AKK) & Finnish Esports Federation (SEUL), FiSRA held a 4-day event with thrilling finals, crowning Matti Kaidesoja as the back-to-back champion of the Finland.

OverPower made it's first appearance in the finals, supplying 24 OP Formula FiSRA Edition cockpits to the racers to compete with in the finals. Two special print versions inspired by Olli Pahkala's career in Team Redline and McLaren Shadow was also introduced and was open for public use. The print versions were allocated to host all the visitors to have an exceptional driving experience. In addition to the print version, electronically adjustable pedals and lumbar support were also introduced and tested in the event.

OP Formula FiSRA Edition cockpits were introduced in the event with the best Finnish sim racers putting them into a heavy duty test.

Our first event platform tests with custom liveries were done in the event. We introduced OP Electric Pedal Adjuster with OP custom liveries and with permission of McLaren and Team Redline we created a stunning custom liveries to salute Olli's career.